On the basis of the 2011 Report on the Observatory of Consumption and Food Distribution, published on the MARM portal (Ministry of Agriculture, Food and the Environment) we can extract important conclusions about the trends followed by the consumer in relation to food products in Spain:

Approximately 3 hours to do the shopping

The results show that the Spanish consumer spends an average of 3 hours and 8 minutes a week on food shopping, 8 minutes more than in 2010.  In relation to habitat, the time spent increases in populations with over 100.00 inhabitants, reducing in other populations

Approximately half of all consumers (46.9%) are ambivalent about whether they do their shopping during the week or at weekends, while 29.4% opt to do it during the week and 23.7% in the evening or on the weekends.

If there is any data that does not vary in relation to the results obtained two years ago it is the factor that determines the choice of shopping establishment.  Just as in 20120, the Spanish consumer is fundamentally guided by quality, with price and proximity being secondary factors. It is important to note, however, that the crisis has noticeably influenced the purchasing behaviour of the consumer, as 37% of those polled tend to seek out savings

However, other aspects have undergone small changes, such as loyalty.  The percentage of consumers loyal to their usual establishment went from some 82.6% in 2010, to some 84.1% in 2011.  The proximity of the supermarket also influences in some 76.3% of those polled, a lower percentage than in 2010 (79.1%). In relation to the type of sales channels for food, street markets and 24 hour shops featured as the establishments most visited.

Internet, a purchasing channel for the minority

Just 7.6% of those polled admitted to shopping for food products over the Internet. In relation to age, youths between the ages of 25 and 35 represent the user profile most loyal to the online channel (12.7%), while the adult population showed no great interest in the Net when it comes to shopping.  In relation to gender, it is men who primarily resort to the Internet for food shopping, particularly in localities with larger populations.

The majority are loyal to brands

Some 72.3% of those polled always opt for the same brand; of them, 22.8% will always go for the cheapest option.

Distributor brands acquire great importance, if we bear in mind that some 73.3% of the sample polled noted a greater presence of them in establishments.  But even greater still is the percentage of the sample (91.5%) which choose them when it comes to purchasing, as opposed to some 8.5% who declare themselves to unaffected by same. In addition, 14.7% of consumers said that they would stop purchasing in those establishments which remove manufacturer brands.

Some 61.9% prefer to pay in cash, 33.4% with credit/debit card (young consumers and males are the most likely to use this form of payment) and the 4.7% remaining with a private card from the establishment. 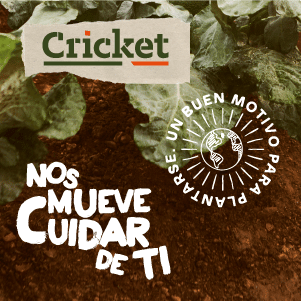